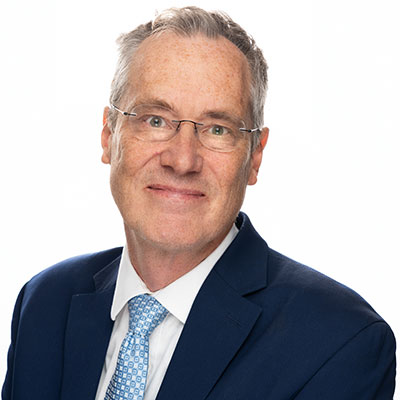 U.S. Court of Appeals for the District of Columbia

U.S. Court of Appeals for the Eighth Circuit

U.S. Court of Appeals for the Ninth Circuit

U.S. Court of Appeals for the Tenth Circuit

U.S. Court of Appeals for the Federal Circuit

U.S. District Court for the District of North Dakota

U.S. District Court for the Western District of Michigan

Represented the Tribe in the certiorari stage and before the Solicitor General.  After a divided Utah Supreme Court agreed with the Tribe’s argument that the non-Indian plaintiff had to exhaust tribal court remedies, the non-Indian requested that the United States grant a writ of certiorari.

Represented the Tribe in tribal and federal court proceedings.  The Tribe filed a tribal court suit alleging that state and county police officers were acting outside the scope of their authority when they trespassed on tribal land, resulting in the death of a tribal member.  The non-Indian defendants filed suit in the federal court, asserting that they were not required to exhaust tribal court remedies.  The federal district court enjoined the tribal court proceeding, but the Tenth Circuit reversed.  The Tenth Circuit distinguished the case from Nevada v. Hicks, 533 U.S. 353 (2001) and held that the non-Indians had to exhaust tribal court remedies.  The United States Supreme Court denied the petition for a writ of certiorari.

Represented the Tribe on appeal.  The Tenth Circuit reversed a district court order which had enjoined a tribal court suit against a non-Indian contractor.

Represented the Tribe on appeal.  The estate of a tribal member brought a treaty-based claim for wrongful death against the United States.  The Court of Federal Claims dismissed the suit, and the estate appealed.  The Federal Circuit reversed and remanded the case.  In doing so, it agreed with the estate’s argument on appeal that under “bad men” clauses which are contained in many tribal treaties, the United States is liable for harm to individual Indians caused by “bad men among the whites.”  The Federal Circuit also agreed with the estate’s argument on a complex claims preclusion argument.

Represented the Tribe in all federal court proceedings.  In two appeals in a suit initially filed in 1975, the Tenth Circuit, then-Judge Gorsuch writing for the Court in both appeals, agreed with the Tribe on all major issues in the appeal.  The Tenth Circuit vacated the District Court orders and remanded for entry of injunctive relief in favor of the Tribe.

Represented the Tribe in tribal and federal court proceedings.  The district court held, and the circuit court affirmed, that the Tribe’s court had jurisdiction over non-Indians under the second Montana exception.

Represented the Tribe on appeal.  The Iowa Supreme Court affirmed an order transferring an off-Reservation matter to tribal court under the “Iowa ICWA.”

Represented the Tribe in all federal court proceedings.  The Tribe prevailed in the district court and on appeal, in a suit raising complex tribal election and tribal governance issues.

Represented the tribal entity in tribal and federal court proceedings.  The federal circuit court reversed the district court and reinstated a tribal court decision in favor of the tribal entity. The circuit court held that even though ERISA completely preempts non-federal law, the Tribe’s court had jurisdiction to determine the existence of an ERISA plan, and further held that the tribal court′s determination was dispositive.

As the lead public defender for the Tribe, prevailed on behalf of Wiley and numerous similarly situated tribal court defendants.  The Tribe’s appellate court held that the Tribe’s adoption of state criminal statutes was an unlawful delegation of tribal sovereign legislative authority to the state.

Represented a tribe in a case with numerous parties.  The Court granted the tribe′s motion to enjoin federal regulation because, inter alia, the United States had not adequately consulted with the tribe

Represented a tribal election board, which prevailed in an election appeal.

Born and raised in Ames, Iowa, Jeff earned his Bachelor of Arts degree from Grinnell College in 1983 and his law degree from the University of Washington School of Law in Seattle in 1991. He was admitted in Washington State in 1991 and became the lead public defender for Colville Tribes; he has practiced solely on behalf of tribes and tribal members since 1998.

He also has provided instruction on tribal jurisdiction and other issues at multiple continuing legal education classes and at the National Tribal Judicial College.

Jeff lives with his spouse, two children, and family dog in Longmont, Colorado.