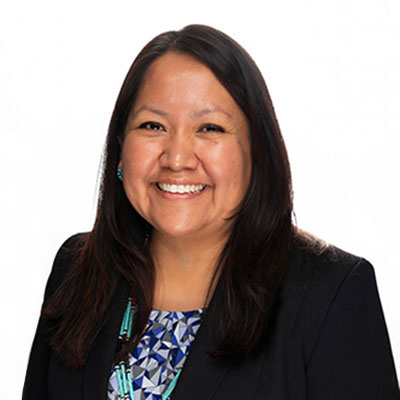 Patterson Earnhart Real Bird & Wilson LLP is pleased to announce the Navajo Nation Bar Association (NNBA) elected partner Alvina Earnhart as President for a two-year term. Also, on May 13, 2022, she was appointed Chairperson of the Colorado State Advisory Committee for the U.S. Commission on Civil Rights (Commission) for a second term.

Founded in 1975 and based in St. Michaels, Arizona, the NNBA is the largest legal services organization in the United States, with more than 500 members. The NNBA was established to promote law practice in the Navajo Nation, recommend candidates for admission to practice law before the Navajo Courts, and establish and ensure the quality of training programs for practitioners.

The NNBA also advises on the selection of judges in the Navajo Courts, counsels the Courts on rule changes and other measures, and recommends legislation to enhance the Navajo Court system. The Navajo Nation spans parts of three states and is larger than West Virginia.

The U.S. Commission on Civil Rights, established by the Civil Rights Act of 1957, is the only independent, bipartisan agency charged with advising the President and Congress on civil rights and reporting annually on federal civil rights enforcement. The 56 State and U.S. Territory Advisory Committees offer a broad perspective on civil rights concerns at state and local levels.