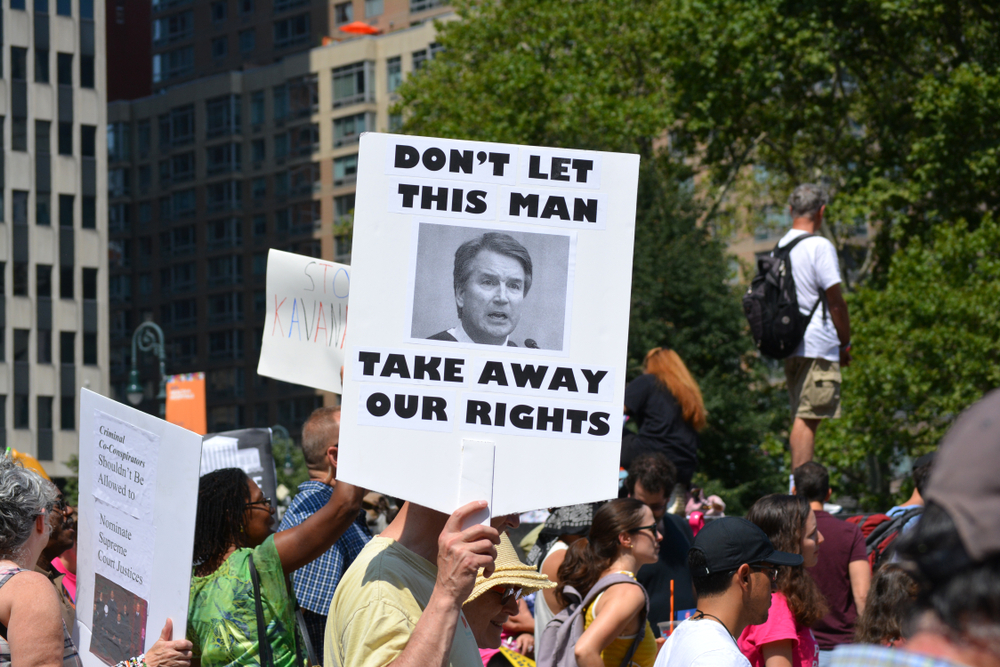 On June 29, 2022, the U.S. Supreme Court issued its controversial decision in Oklahoma v. Castro-Huerta, holding against decades of precedent that states possess concurrent authority with the federal government to prosecute non-Indians for crimes committed against Indians within Indian Country. The Court’s opinion can be found here.

The case arose from the conviction of Castro-Huerta, a non-Indian, in Oklahoma state court for his criminal neglect of his 5-year-old stepdaughter, who is a member of the Cherokee Nation. While Castro-Huerta’s state court appeal was pending, the U.S. Supreme Court issued its decision in McGirt v. Oklahoma, a seminal 2019 ruling which held that the Muscogee Creek Indian Reservation, where Castro-Huerta’s crime took place, was never disestablished and remains Indian Country.

In its 5-4 decision, writing for the majority, Justice Bret Kavanaugh, ruled broadly that states have a constitutional right under the Tenth Amendment to exercise jurisdiction over all territory inside their state boundaries “including Indian country.” The Court further ruled that federal law does not preempt the State of Oklahoma’s prosecution of Castro-Huerta, and the prosecution also does not infringe on tribal sovereignty.

Castro-Huerta had argued that the federal government has exclusive jurisdiction under the General Crimes Act (“GCA”) to prosecute him. The State of Oklahoma, however, argued that the GCA does not preempt its inherent state sovereign authority to prosecute non-Indians for Indian country offenses against Indians. Instead, the State urged the Court to use the preemption balancing test found in the U.S. Supreme Court case White Mountain Apache Tribe v. Bracker (“Bracker”) to determine the extent of Oklahoma’s criminal jurisdiction in Indian Country.  The Court, relying on the text of the GCA, concluded that the GCA does not preempt state authority; instead, the Court said the GCA merely extends federal law into Indian Country, “leaving untouched the background principle of state jurisdiction over crimes committed within the State, including in Indian country.”

Castro-Huerta also argued that the enactment of Public Law 280, which requires states like Oklahoma that were not granted Indian country criminal jurisdiction in that legislation to obtain a Tribe’s consent before exercising it, would have been pointless if states possess concurrent jurisdiction over crimes committed by non-Indians against Indians in Indian Country. The Court disagreed, finding that Public Law 280 granted broader authority to states and contains no language otherwise preempting state jurisdiction.

Finding that neither the GCA nor Public Law 280 posed a barrier to Oklahoma’s prosecution of Castro-Huerta, the Court proceeded to apply Bracker’s balancing test. Under its interpretation of Bracker, the Court determined that concurrent state jurisdiction does not unlawfully infringe upon tribal self-government. The Court found that there is no tribal interest in preventing state jurisdiction in Indian Country. Moreover, the Court found that Oklahoma has a strong sovereign interest within its “territory” to promote public safety and criminal justice and to protect both Indian and non-Indian crime victims. The Court remarked on the fact that since McGirt was decided in 2019, Oklahoma state courts have had to overturn numerous state convections based on a lack of state jurisdiction over non-Indians. The Court also noted that many non-Indian criminals whose state court convictions were overturned in the wake of McGirt either have subsequently received lax federal sentences or have not been prosecuted at all. The Court concluded that states must have concurrent jurisdiction over these crimes in order to avoid negative impacts on public safety and criminal justice.

Justice Gorsuch, joined by Justice Breyer, Justice Sotomayor, and Justice Kagan, dissented, contending that the majority decision throws away years of judicial precedent and furthers the pattern of braking federal promises to Tribes.

Justice Gorsuch reviewed the history of Worcester v. Georgia, where the Court established that tribes retain their sovereignty unless and until Congress proclaims otherwise. Further, Justice Gorsuch reviewed the beginnings of the U.S. Federal government, arguing that the federal opinion has always been that the federal government enjoys “exclusive constitutional authority” other tribal relations.

Justice Gorsuch also looked to the Treaty of New Echota, which states that the Cherokee Nation would enjoy the right to govern itself and remain forever free from state sovereignties and the jurisdiction of any state. Gorsuch also noted that under the Oklahoma Enabling Act, Congress declared that Oklahoma must agree to forever disclaim all right and title to lands within the State that are owned or held by any Indian, Tribe, or nation. The dissent found that the majority ignored these legal authorities. Justice Gorsuch stated that the majority acted “oblivious” to the well-established rule that only a clear act of Congress may impose constraints on tribal sovereignty.

Justice Gorsuch criticized the majority for making paternalist arguments in reasoning that state prosecution of non-Indians in cases involving Indian victims will “help” Indians. The dissent highlighted that the majority failed to consider the reasons why tribes would not want state prosecutions interfering with on-reservation crimes, citing to lack of tribal consent, disparate treatment of Indians by state law enforcement and courts, and the practical issues of concurrent jurisdiction. Justice Gorsuch recommended a legislative fix to the Court’s decision.

Justice Gorsuch highlighted the limits of the majority’s opinion. These limits include the Court admitting that tribal sovereignty can displace state authority even without a preemptive statute. The dissent highlighted what the Court leaves unresolved, including specific provisions in Public Law 280, the Cherokee’s treaties, and the Oklahoma Enabling Act. The dissent stated that nothing in the majority opinion could or does preclude any Tribe from pressing any similar arguments in future cases, and emphasized that the case does not alter the long-standing rule that states cannot prosecute crimes by Indians on tribal lands without clear congressional authorization.

Patterson Earnhart Real Bird & Wilson LLP is dedicated to the representation of American Indian tribes, tribal entities, and individual Indians across the United States. Our mission is to support and advance the sovereignty, self-sufficiency, and self-governance of our tribal clients. To learn more about how we can assist your tribe, contact Frances Bassett in our Colorado office at (303) 926-5292.