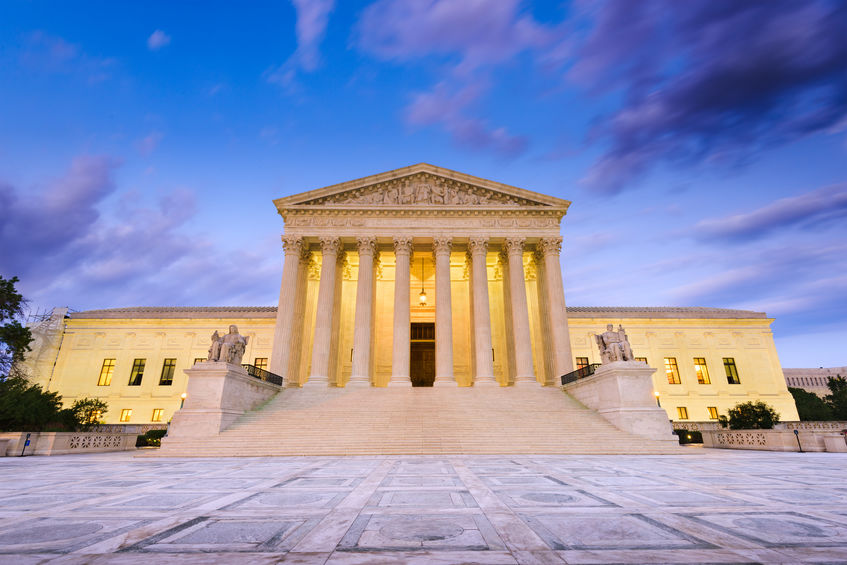 On June 13, 2022, the U.S. Supreme Court issued a decision in Denezpi v. United States affirming the conviction of a criminal defendant in a federal court even though he had already been prosecuted and sentenced under tribal law in a Court of Indian Offenses. The decision affirmed the longstanding principle that tribal governments are separate sovereigns and prosecution of a tribal member under tribal law does not violate the Double Jeopardy Clause of the Constitution—even when that tribal member is separately prosecuted under federal law. The Court’s opinion is available here.

Denezpi, a member of the Navajo Nation, was arrested in 2017 for violent sexual offenses committed on the Ute Mountain Ute Indian Reservation against another Navajo member. Denezpi was initially charged in the Court of Indian Offenses with two violations of the Code of Federal Regulations for “terroristic threats” and false imprisonment and one violation of the Ute Mountain Ute Tribal Code for assault and battery. He plead guilty to the assault and battery charge and was sentenced to time served, 140 days of imprisonment.

Six months later, a grand jury in Federal District Court indicted Denezpi for the same acts that led to his conviction in the Court of Indian Offenses and charged him with “aggravated sexual abuse in Indian country” under the Major Crimes Act. Denezpi moved to dismiss, arguing the Double Jeopardy Clause barred a second prosecution for the same crime. The District Court disagreed, and Denezpi was again convicted and sentenced to 30 years of imprisonment. The Tenth Circuit Court of Appeals affirmed his conviction.

The Supreme Court granted certiorari to hear the case. The United States argued that the prosecution in federal court did not violate the Double Jeopardy Clause because the Tribe is a separate sovereign from the United States and tribal authority was the source of authority for Denezpi’s first prosecution. The Court cited its longstanding decision in United States v. Wheeler, 435 U. S. 313 (1978) to affirm that prosecution by dual-sovereigns under independent sovereign authority does not violate the Double Jeopardy Clause. The Court called this its “dual-sovereign doctrine.”

Affirming tribal sovereignty, the Court quoted from Wheeler to explain that “before Europeans arrived on this continent, tribes ‘were self-governing sovereign political communities’ with ‘the inherent power to prescribe laws for their members and to punish infractions of those laws.'” The Court continued to rely on Wheeler to say that “[w]hen a tribe enacts criminal laws, then, ‘it does so as part of its retained sovereignty and not as an arm of the Federal Government.'”

Justice Gorsuch issued a dissent, which was joined in part by Justices Sotomayor and Kagan. Justice Gorsuch argued in his dissent that federal prosecutors tried Denezpi twice for the same crime.

In the end, J. Gorsuch expressed policy concerns that Native Americans, unlike any other group, can be subject to double jeopardy. He examined the history of the Court of Indian Offenses and said that under this “curious regime” a Native American defendant could be charged twice for the same crime. He wrote that “federal bureaucrats” could prosecute a Native American in the Court of Indian Offenses under federal regulations and then transfer the case to a “U.S. Attorney for a second trial for the same offense under federal statutory law.”

While J. Gorsuch noted that the Court’s decision “vindicated tribal sovereignty,” he found it ironic that the Court did so at the expense of the rights of individual Native Americans. J. Gorsuch’s dissent suggests that there should be an examination of the Court of Indian Offenses, its authority, and possible changes to that system.

Patterson Earnhart Real Bird & Wilson LLP is dedicated to the representation of American Indian tribes, tribal entities, and individual Indians across the United States. Our mission is to support and advance the sovereignty, self-sufficiency, and self-governance of our tribal clients. To learn more about how we can assist your tribe, contact our Washington D.C. office at (202) 434-8903.